So I got fired from GitHub two weeks ago.

This is the tweet I wrote afterwards while walking to lunch:

The last half-decade meant everything to me. Was a hell of a gig. Thanks, GitHub.

I left it ambiguous because I wasn’t sure what to think about it all at that point. I mean, something I’d been doing for half a decade was suddenly gone. If people knew what really happened, would they view me differently? Would they — gulp — view me as a failure? Please, please suggest that I eat babies or microwave kittens or something else far more benign, but, for the love of god, don’t suggest I’m a failure.

Do you know what happens after you leave a job you’ve been at for five years? You get drunk a lot, because everyone you know hits you up and says hay man, let’s def get a drink this week and you can’t really say no because you love them and let’s face it, you suddenly have a lot of free time on your hands now and they’re obviously the ones buying.

Do you know what happens after you tell them the whole story behind your termination? Virtually everyone I’ve had drinks with tells a similar story about the time they got fired. Seemingly everyone’s got stories of being stuck under shit managers, or dealing the fallout from things out of their control. Maybe this is selection bias and all of my friends are horrific at their jobs, but there’s an awful lot of them that I’d consider to be best-in-industry at what they do, so I think it’s more likely that the answer is: It Was Probably Complicated™.

I’ve been pretty fascinated by this lately. Getting fired is such a taboo concept: nobody will want to hire me if they knew I got fired from my last gig. And yet, certainly a lot of people do get fired, for a lot of different reasons. Even if you spend years doing something well, when it comes to work, people tend to focus predominantly on your last month rather than the first 59.

This isn’t the case with love, to choose a cliché metaphor. If you break up with somebody, it just wasn’t meant to be is the catch-phrase used rather than yo you must have been a shit partner to not have forced that relationship to work out.

Unless you’re embezzling money or using the interns as drug mules or something. Then yeah, that’s probably an indictment waiting to happen, and your termination really does reflect something deeply flawed in your character.

Do you know what happens when you’re reasonably good at your job and you suddenly leave the company? Everybody asks what’s next? What do you have lined up next? Excited to see what’s next for you! That’s nice and all, but shit, I barely even know what I’m eating for lunch today. Or how the fuck COBRA works (to the best of my current knowledge it has nothing to do with G.I. Joe, either the action figures or the TV show, much to my dismay).

Part of the problem with not admitting publicly that you were fired is that people inevitably assume you’re moving onto something bigger and better, which ironically is kind of a twist of the knife because you don’t have something bigger and better quite yet. (And no, I’m not working at Atlassian, so stop tweeting me your congratulations, although I’m still cracking up about that one.) 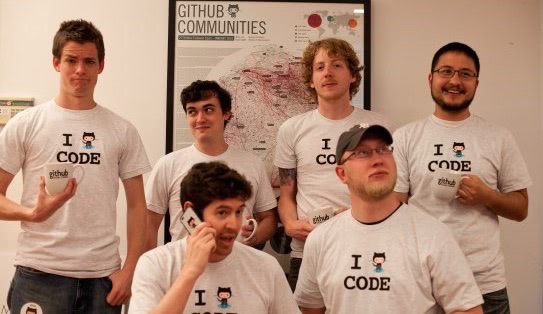 But hey, I mostly just feel lucky. I’m lucky I got to work at the company of my dreams for five years. I got to meet and work with the people in the industry I admired the most, and, even more than that, I somehow am lucky enough to call them “friends” now. I got hired by dumb luck — I still consider it an objective mistake for them to have hired me, back then — and I was able to grow into a myriad of roles at the company and hopefully help out more than a few people across our industry. I left on great terms with leadership and the people I worked with. I feel like I can be pretty proud about all of that.

So basically what I’m saying is that I’m really excited to hear what I do next.