People seemed to like it, since I saw a lot more wifi networks and Macs on the network whose names consisted of emoji. If that’s not progress for our society, I don’t know what is.

After all my talks over the years, I somehow had never given a lightning talk until last night at SydPHP’s meetup in Sydney. I knew I needed to go big and bring something huge to the table for my first time. Instead, I settled on giving a shitty one about emoji instead. 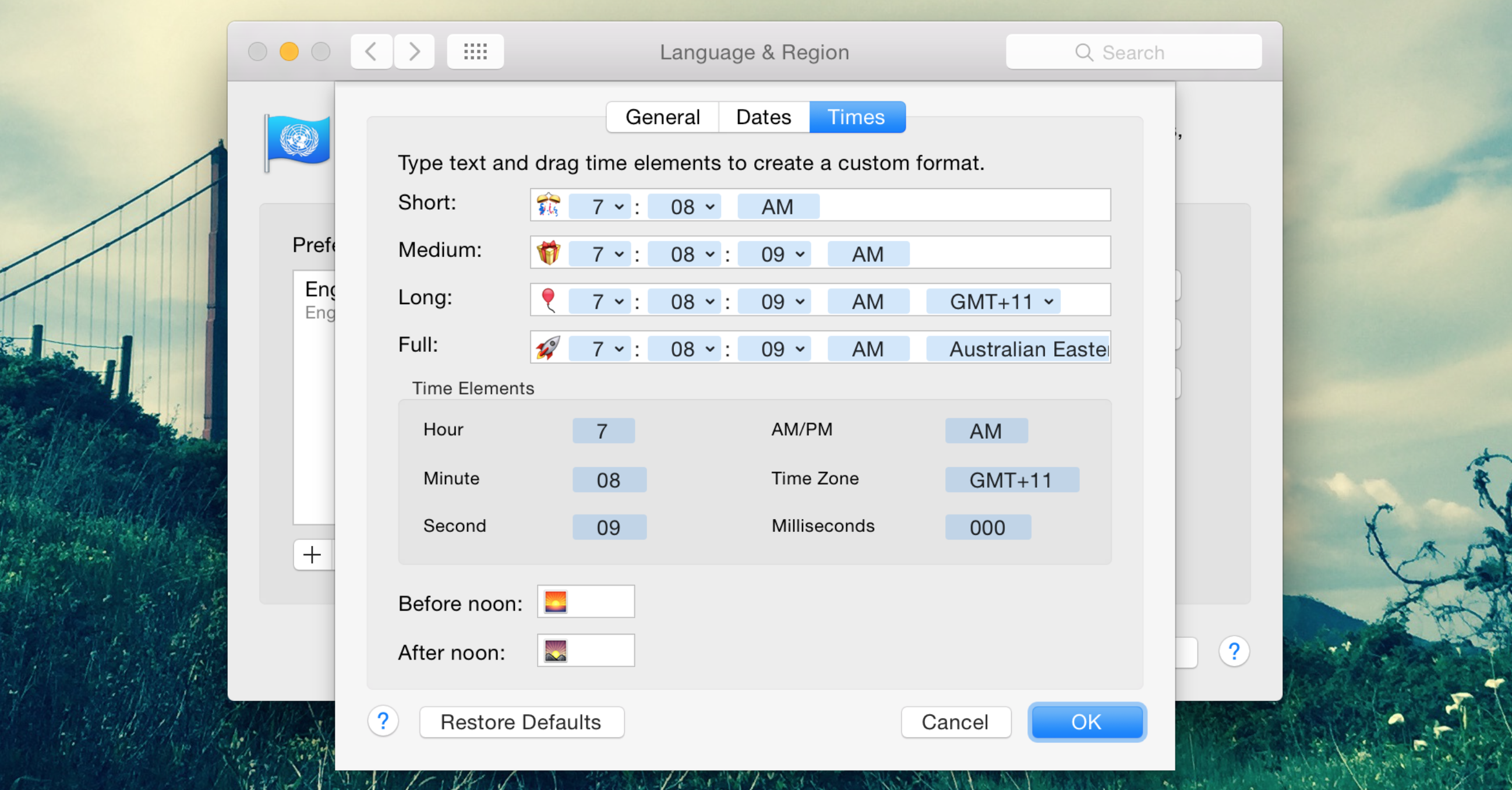 The first half of the talk comes from the aforementioned post; the second half is culled from my jetlag-addled brain. That half includes emoji at your local florist, trolling your British friends who never use emoji, and my new favorite, the Languages hack that lets you install emoji across all of OS X.

I know it got recorded; I’m going to see if I can sneak the video in here at some point in the future.

If you’re reading this four years later, then it’s a safe bet that I couldn’t track the video down, but don’t mention it to anyone so we can trick the next person who comes along and reads this.